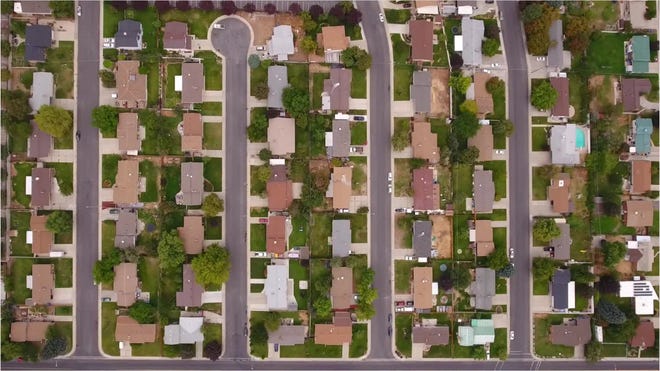 In just over a year, Carver State Bank has doubled its capital thanks to outside investments, according to Robert James II, president of the banking subsidiary Carver Development CDE, LLC.

“Frankly, the murder of George Floyd triggered the increase in investment,” James said. “When (he) was killed in Minneapolis, I think large swathes of the country began to grapple with the historic impacts of systemic racism. This included big financial institutions like JP Morgan Chase.”

From USA Today:How big American companies are struggling to diversify their leadership

JP Morgan Chase Co., a global investment bank and financial services company, invested an undisclosed sum of money in Carver State Bank to fund increased lending and banking services for the bank’s predominantly black clientele based in Savannah. The bank is also now part of JP Morgan’s Empower Share Class, which creates a source of income for the bank through an investment portfolio.

JP Morgan will also donate 12.5% ​​of profits from the Empower program to “community development” in Savannah on an annual basis, according to the company.

The big banks are trying to correct the vestiges of institutional practices, such as redlining, which have hampered the generation and transfer of wealth in black communities.

The legacy of redlining (a process of mapping neighborhoods and restricting where blacks can apply for and get mortgages) has left black families with some of the lowest homeownership rates in the country.

In 2000, there were 48 black-owned banks in America. Today, they are 18, according to the Federal Reserve. According to the Fed, the 18 banks have combined assets of about $ 5.5 billion. JP Morgan Chase has nearly $ 3 trillion.

“And this is really an indication of the historic lack of access to capital that African Americans have faced in all sectors of the economy,” said James of the Carver State Bank. “It is really high time that there were large capital investments in black-owned banks.”

For 94 years, Carver State Bank has served the Black Savannahians. Carver survived the Great Depression, a world war, redlining and Jim Crow, the Great Recession and, now, the COVID-19 pandemic.

James said the trials of the past century had kept Carver State Bank relatively small, but the new investment was going to allow it to grow.

“A larger capital investment will allow Carver to reinvest these funds in communities that have just been historically excluded from capital,” said James.

In 2020, Carver loaned more than $ 5 million in very poor areas. More than half of the loans were made to minority customers, according to James.

The investment – for which the dollar amount was not provided – will allow Carver to increase staff, upgrade technology and expand single-family loan and mortgage offerings to its customer base. , which is 94% black and 48% low to moderate income, according to Jacques.

JP Morgan is providing Carver with mentoring and coaching to help manage its growth, and Carver State Bank customers will now have access to Chase Bank’s ATM network with no transaction fees.

Zoe covers growth and its impact on communities in the Savannah area. Find her at [email protected], @zoenicholson_ on Twitter and @zoenicholsonreporter on Instagram.