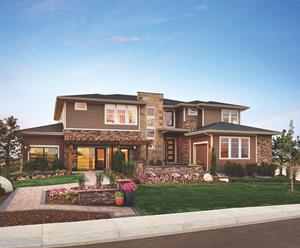 How does a fund looking to buy $200 million worth of single-family homes in the Southeast and turn them into rentals deploy so much capital? One unsolicited text at a time.

Investors are flooding the market with buyers of homes for sale in Atlanta and the Southeast to turn them into rentals.

C-Star, a New York-based investment firm, is raising $50 million in equity for a fund to buy single-family homes and convert them to rentals in Georgia, Florida and the Carolinas during the l coming year, Michael Nemirovsky, the vice president of the investment fund, says bisnow. With the debt, the fund will seek to spend $200 million to buy homes.

The single-family rental fund is C-Star’s third; its first launch in 2018 and spent $5.6 million on 36 single-family homes in metro Atlanta at an aggregate cap rate of 7.5%, Nemirovsky said, and earlier this year C-Star sold it to an operator SFR for $10.5 million and an in-place cap rate of 4.5%. Nemirovsky did not identify the buyer.

C-Star’s second fund expanded its geographic reach to include the Research Triangle and Charlotte areas of North Carolina and raised $24 million in funding from investors. Li said the company will hold this fund for two years before releasing it.

The third fund has already raised $10 million, C-Star officials said, largely from high net worth investors and family offices. Spending it is another matter.

“It is difficult to deploy capital,” Li said.

House prices in the United States are at historic highs and mortgage rates are rising rapidly. To compete for offers, C-Star has an in-house team of 11 people who solicit the National Association of Realtors’ multiple listings service, leverage management company relationships and, yes, text owners, hoping to entice them to sell, Li said.

Li said the typical home purchase in the previous two funds was between $150,000 and $250,000. C-Star then did light renovations, about $10,000 per home, before putting them on the rental market. But today’s market requires C-Star to get a bit more aggressive for the third fund.

Not only has it expanded its geographic reach in the Southeast, the hub of SFR’s business in the United States, to include South Carolina and Florida, but it is now raising the amount of money it is willing to spend on houses: between $200,000 and $300. K per house and spending up to $30,000 on renovations each, Li said.

C-Star is just one of many investors looking for SFR properties. A handful of neighborhoods originally slated for sale are now transform into rental campuses after being acquired by institutional investors. Other builders build entire single-family neighborhoods with the intent of renting the units.

Brock Thomas, founder and CEO of Swift Street Investments in Kansas City, Missouri, said he sifts through the records of homeowners who are behind on mortgage payments to make offers to buy and then converts those homes to rentals.

“There is so much demand. And that’s not just coming from buyers, but also from tenants,” Thomas said. “Believe me, I’m looking for reasons not to buy. Right now, I think there is only a small window of opportunity in the market.

C-Star is part of a universe of aggregators who buy single-family homes and turn them into rentals for a housing-starved population, then amass a portfolio and ultimately sell it to larger institutional investors, who have committed $45 billion. dollars to buy in the sector last year, Father reportedciting data from John Burns Real Estate Consulting.

Although the activity represents only a small part of overall real estate transactions, it is a fast-growing segment, with critics saying the rush of investors has been partly responsible for the rapid rise in prices. housing prices that are nudging a lot for the first time or low-income home buyers out of the market.

According to Green Street Advisors, there are 16 million single-family rental homes in the United States, which encompass 35% of all rental units, an amount that has increased by 25% over the past decade. Over the next five years, 810,000 households are expected to sign leases for single-family homes, according to Green Street, 1.5 times the rate of those renting apartments.

“There is a lot of pressure. There is a lot of pent-up demand,” said Tom Johnston, director of brokerage services for SVN SFRhub Advisors, which trades portfolio sales on the SFR marketplace. “There’s so much money in space.”

C-Star will face huge competition. The median home value in Georgia was just over $300,000 in March, according to Zillowan increase of more than 20% over 2020. The average selling price in the state jumped 17% to nearly $370,000, according to the Georgian Association of Realtors. Georgia is the most popular state for SFR companies, which own 5.1% of all single-family rental properties, according to Green Street. Florida was second at 4.2%, followed by Arizona at 3.7%.

Although scattered throughout the Atlanta metro area in counties like Gwinnett, Fulton, Newton, and Clayton, a number of C-Star homes are south of townwhere house prices tend to be more subdued.

“We tend to choose [more] entry-level homes than mid-size or luxury homes,” Li said. “That’s what most renters are interested in.

For groups like C-Star, increased competition from large investors and institutions will become more difficult to overcome as interest rates continue to rise in the months ahead, Johnston said.

“I think smaller traders who have to use leverage to buy wallets are at a disadvantage compared to larger funds. As we see interest rates go up, we’re going to see smaller traders are going to have to look harder for the good deal,” he said. “It’s definitely going to favor the big institutional operators who have the money and more funds. I think it gives them more clout.

Either way, demand for SFR is growing, Johnston said. Last year his company sold 1,500 homes across the United States for just under $300 million.

“We’ll probably reach that number or close to that number by June,” he said, predicting that SFRhub could sell $500 million worth of homes this year to SFR investors.

Thomas said the current real estate environment is causing many investors to be more aggressive in their buying strategies, especially with funds that have penalties if they don’t deploy capital within certain time frames.

Thomas said Swift Street only used internal capital from previous investments to buy new homes. His company is now looking to buy traditional multi-family properties as well, in a bid to diversify its holdings.

Despite the competition, Li said C-Star is under no pressure to rush and buy assets from its investors. Instead, Li said she expects rising rates to drive more buyers out of the market, giving investors more homes to choose from.

“I think over time, especially with the Federal Reserve raising interest rates, you’ll see fewer buyers in the market and they’ll become renters,” she said.

Previous The Mystery of the Missing Roommate
Next The pandemic has pushed these families to move abroad. Here’s what they learned