For nearly a month, Julie Youngblood has been traveling around Florida to meet real estate agents.

She’s helping the Austin-based company Homeward, which pays cash for homes up front while buyers finalize their own financing, get started in the state’s boiling real estate market. From town to town, Youngblood trained local real estate agents on this alternative method of home buying intended to help people compete with cash-strapped investors.

Miami realtors were a little hesitant about Homeward’s offer to pay cash for homes, Youngblood said. But Tampa was ready for it.

Cash is king in Tampa Bay. The number of homes purchased without additional financing like mortgages skyrocketed in 2021 — most were purchased by investors or wealthy out-of-state buyers, according to data from Florida Realtors. There are hundreds of buyers coming to Florida each month looking to buy homes out of pocket compared to before the COVID-19 pandemic. With demand at record highs and inventory low, this seller’s market has made it difficult for many to find a home they can afford and win in the bidding wars.

Homeward isn’t the first company to offer cash options to enter the Tampa Bay housing market. Another startup, Ribbon, launched in August, also allows buyers to make cash offers, and San Francisco-based rent-to-own company Divvy has had a presence in the area for more than two years. They offer homebuyers the opportunity to use unconventional methods as a way to compete in the competitive housing market.

“Look at cash, low inventory and institutional purchases and that makes it very difficult for your traditional landlord,” said Homeward property manager Brian Gubernick. “That’s why we at Homeward felt like Florida and Tampa was specifically the next place we needed to be.”

Homeward, founded by Austin realtor Tim Heyl in 2018, announced its expansion to Tampa on May 10. The company offers two programs: buy before you sell and buy with cash. Homeward will buy a home through a cash offer, which has a four times higher chance of winning an offer, and allows customers to obtain a mortgage from the company to buy it out or use another lender.

“We are not an iBuyer. We want this to be a pure cash offer, meaning we complete our purchase. It’s not a bridge loan, it’s not some kind of creative financing,” Gubernick said. “We’re literally paying cash for this house, letting the client move in and then buying us out.”

Homeward also attracts potential sellers. Some landlords fear selling, Gubernick said, because they fear they won’t be able to find another location. The company’s buy-before-sale option allows Homeward to buy a house with cash and the owner can then sell and pay it back with the money they would have used to buy the house themselves.

Keller Williams real estate agent Michael Notbohm in Tampa said he sometimes feels uncomfortable advising clients on shortcuts, such as waiving appraisal contingencies or inspections to win a contract. on a house. But he said many of his clients were tired of losing bidding wars.

“I don’t feel good telling my client to do this, like I know you really want the house.” But people were like, ‘We don’t care what he rates. We don’t care if it falls apart, we’ll still give it all up just to close the deal,” Notbohm said.

He is one of the first agents in Florida to use Homeward. He said he knew a family who wanted to sell their father’s house after his death to someone who would live there – but they also wanted the ease of a cash offer. A buyer ended up using Homeward, who had no chance of getting the house without it, and closed the sale. It was “empowering” to solve a problem that was a win-win for both buyer and seller, Notbohm said.

The idea of ​​turning anyone into a cash buyer, he said, “almost seems too good to be true.”

And is it? Experts told the Tampa Bay Times that these companies, which offer similar solutions to the same problem, are still new. Buyers should do their due diligence and read the fine print.

“This high velocity (for housing) is painful. Up-front companies arm you to compete in a very fast-paced market, but they also do so by default,” said economist Skylar Olsen of mortgage firm Tomo.

The average Tampa Bay home is on the market for 6 days before a sale is underway, which is nearly half the national average, according to Tomo data. It’s a sign of how competitive the market is and how little time people have to make one of the most important decisions of their lives, Olsen said. While some thought mortgage rates above 5% could cool the market, Olsen said it’s enticing people to get in before rates rise even higher, relying on that “fear of missing out” and further stressing the market.

If people choose to use companies like Homeward or Divvy, Olsen said they need to understand it might cost more in the long run.

Homeward says they save customers money because sellers are willing to lower their price for the ease of a cash offer, Youngblood said. While Homeward and Ribbon are services for homebuyers who can get a mortgage, rent-to-own companies focus more on people who have difficulty accessing finance.

Stacie Gause, a 44-year-old teacher, said she wanted a home in the Orlando area but because the pandemic affected her income for several months and she couldn’t qualify for a loan. Divvy bought a house of her choice a year ago with cash and she said she rented the house until she could buy it 9 months later.

Adena Hefets, the founder of Divvy, traveled to Tampa in April for the first time since the pandemic to take the pulse of the market. She said needs in the area have skyrocketed since Divvy entered Tampa Bay in 2019.

“Incomes have been flat…but house prices have appreciated,” she said.

Divvy buys a house for cash and rents it out. A percentage of the rent is used to provide a down payment until a customer like Gause can buy it within three years.

Lease-to-own programs have been around longer and have always been controversial. But Hefets said most of the predatory practices in this area happen with smaller-scale landlords. Because Divvy is a company, it is regulated.

Even without help from startups, most homebuyers have to sacrifice something to get a deal on a home. About 82% would be willing to move to a less desirable neighborhood to buy, according to a recent Bank of America survey. About 70% are willing to buy a smaller home or give up outdoor space. The survey showed that millennials are the first age group trying to enter the market right now.

“Many of them are even considering getting a second job to bridge the gap with potentially higher interest rates or higher housing costs,” said Scott Stange, Tampa loan market leader at Bank of America.

More than half of millennials delay buying a home to save, according to the survey. Many have to increase their budget to buy.

“They feel a lot of pressure to own,” Stange said. “They just need to find the right location. And in many cases, it may not be near Tampa. Maybe it should be a little further. 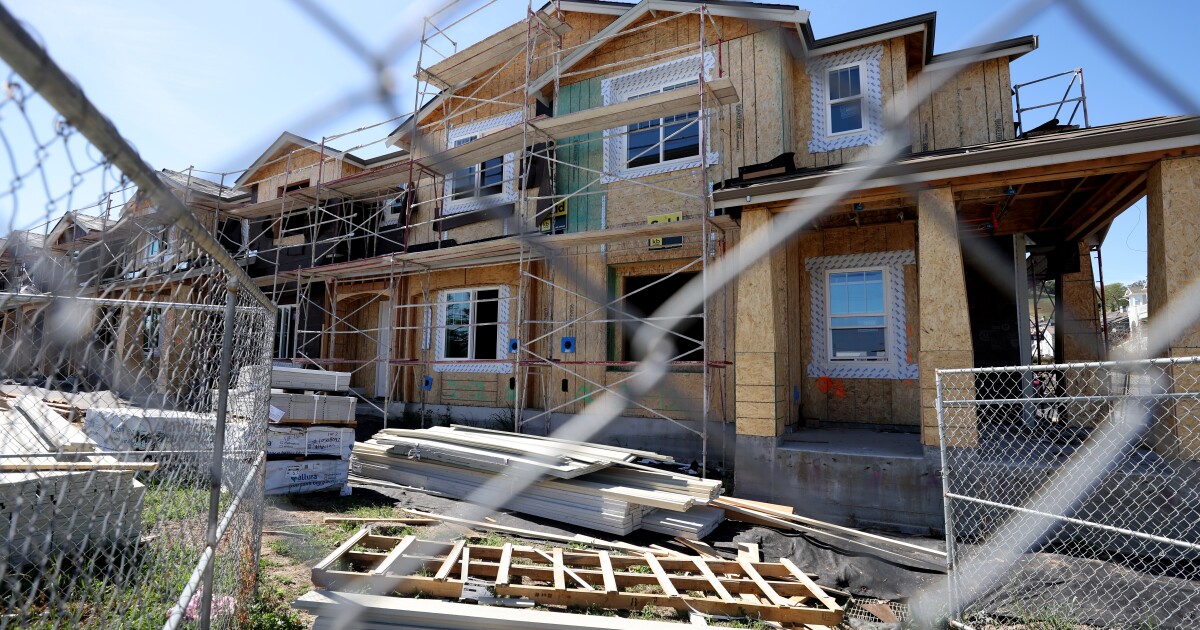